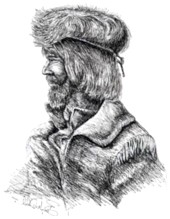 area. They made their living either as lumbermen or trappers, making use of the resources in the undeveloped district. No road connection existed with Edmonton, and the North Saskatchewan River was their only link with the outside world. The first town site was in the river valley, but it was later moved up the hill to its current location.

The economic base during the early period was lumber. After 1945, however, mixed farming became the main source of income. In 1953, all that changed when oil was found close to the hamlet.

The discovery well of the Pembina Oil Field was drilled by Mobil Oil and was spudded on February 23rd, 1953. The oil field proved the largest in North America and its impact was immediate. Other oil companies intensified their drilling in the locality. Over $900 million was invested in the area by the oil industry. Within a year, the boom was on. More than 70 oil companies set up their field-based operations in Drayton Valley.

Before the boom two churches, a post office and a two-classroom school were the focus of the community—with the arrival of the oil boom, these facilities were outgrown overnight. The Town of Drayton Valley is governed by a Mayor and six Councilors. Connect with and learn the role of council.