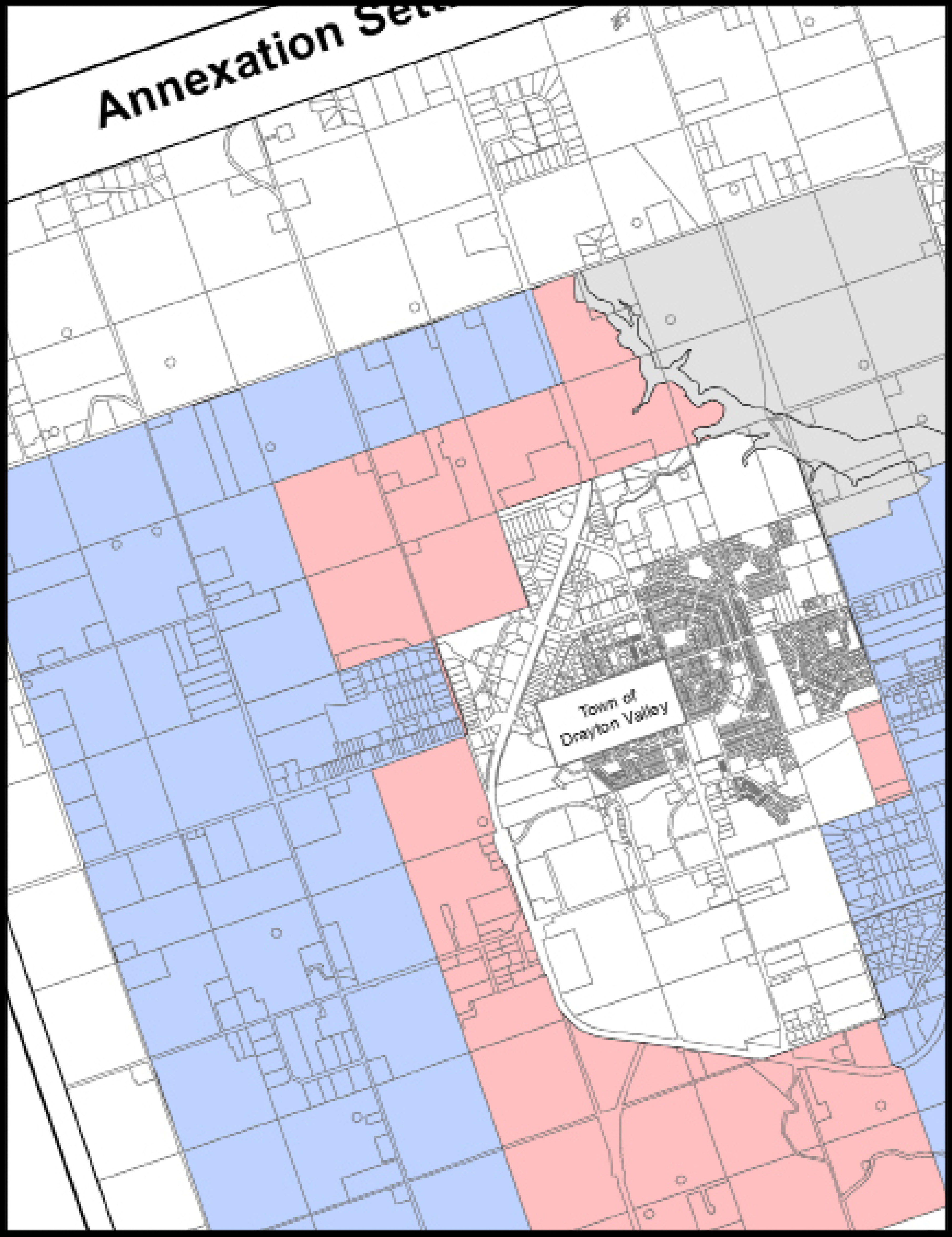 On October 31, 2007, the Town gave notice to Brazeau County of the Town’s intention to annex from the County approximately 69 quarter sections of land located within the boundaries of the County.  The Town and the County have, in accordance with section 117 of the Municipal Government Act (the “MGA”),
held negotiations in an attempt to resolve the proposed annexation as well as other issues of concern to one or both of the parties; the merit hearing for the annexation was held November 15 – 26, 2010 in the Town of Drayton Valley.

The Town and County have reached a settlement in respect of the proposed annexation and other matters and have documented the settlement by way of formal agreement.

Below are documents related to the annexation process and agreement.