Ten Miles to Jericho is a short one act play based on the parable of the Good Samaritan. Our play focuses on what takes place later, at the inn where the wounded man was taken. It is at the inn where he meets with the two men who passed him by on the Jericho road and the one who stopped to help. Two religious men of prestige who took no thought of helping a man who had been beaten and left for dead on a barren roadside. And the one who stepped beyond racial boundaries to care for a fellow man in need. The play addresses the question, “who is my neighbour?”
The show is free. Starts at 7:00 pm and will be followed with refreshments after the show around 8:00pm. 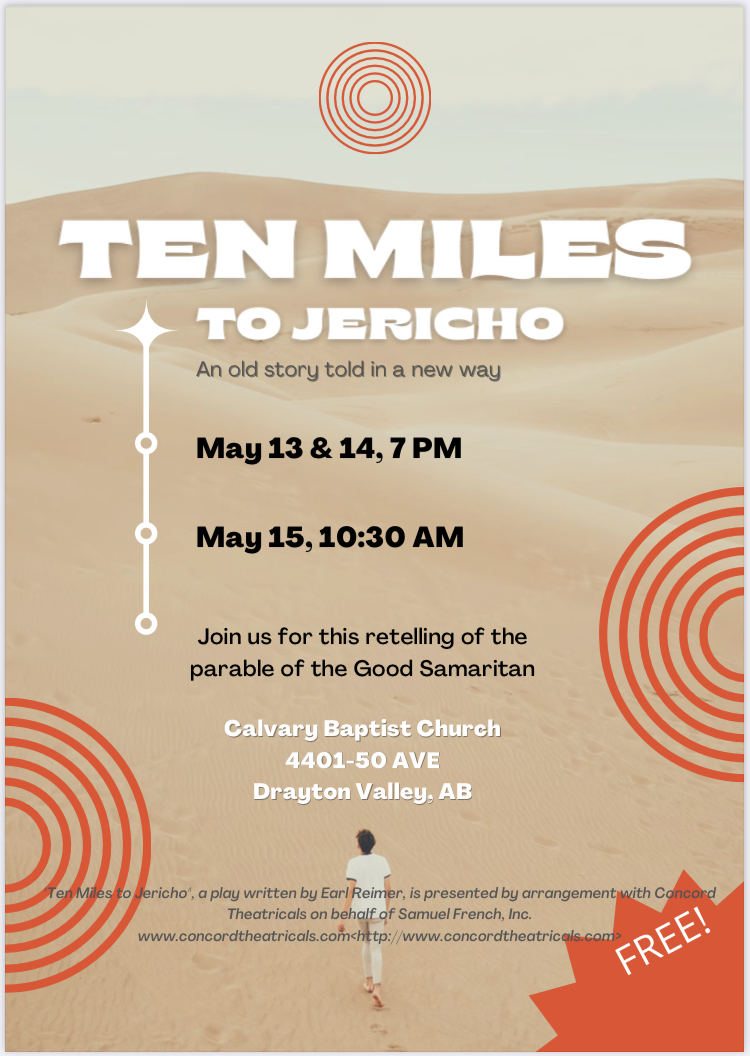 Enjoy the many green spaces in and around Town.

Learn how we enhance the well-being and resiliency of the community by providing information, education and funding for organizations. 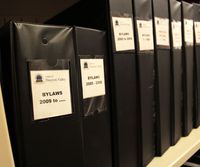 Familiarize yourself with the town’s most requested bylaw information.