After months have passed without a culprit in her daughter’s murder case, Mildred Hayes makes a bold move, painting three signs leading into her town with a controversial message directed at William Willoughby, the town’s revered chief of police. When his second-in-command, Officer Dixon — an immature mother’s boy with a penchant for violence — gets involved, the battle is only exacerbated.
Initial release: November 10, 2017 (USA)
Director: Martin McDonagh
Screenplay: Martin McDonagh
Box office: $104 million
Awards: Golden Globe Award for Best Motion Picture – Drama, 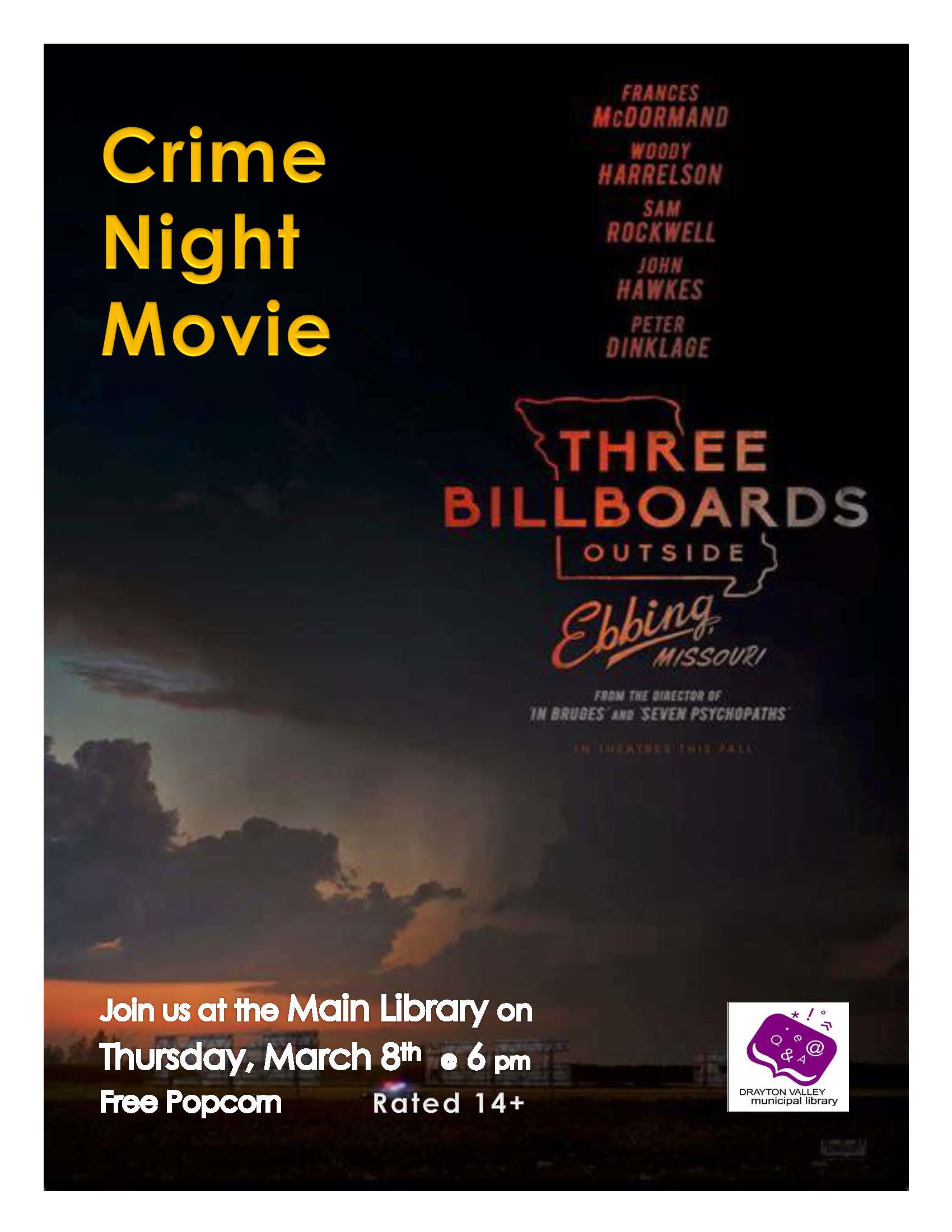 The Associated Ambulance Service works with the Hospital, Drayton Valley Fire Department and Search and Rescue to ensure those needing care are transported safely.

Every organization knows the difficulty of finding available funding. The Town is here to help you and your organization find those resources and get things moving.