A lavish trip through Europe quickly unfolds into a race against time to solve a murder aboard a train. When an avalanche stops the Orient Express dead in its tracks, the world’s greatest detective — Hercule Poirot — arrives to interrogate all passengers and search for clues before the killer can strike again.
Initial release: November 3, 2017 (Russia, United Kingdom)
Director: Kenneth Branagh
Box office: 349.9 million USD
Publication date: 1 January 1934 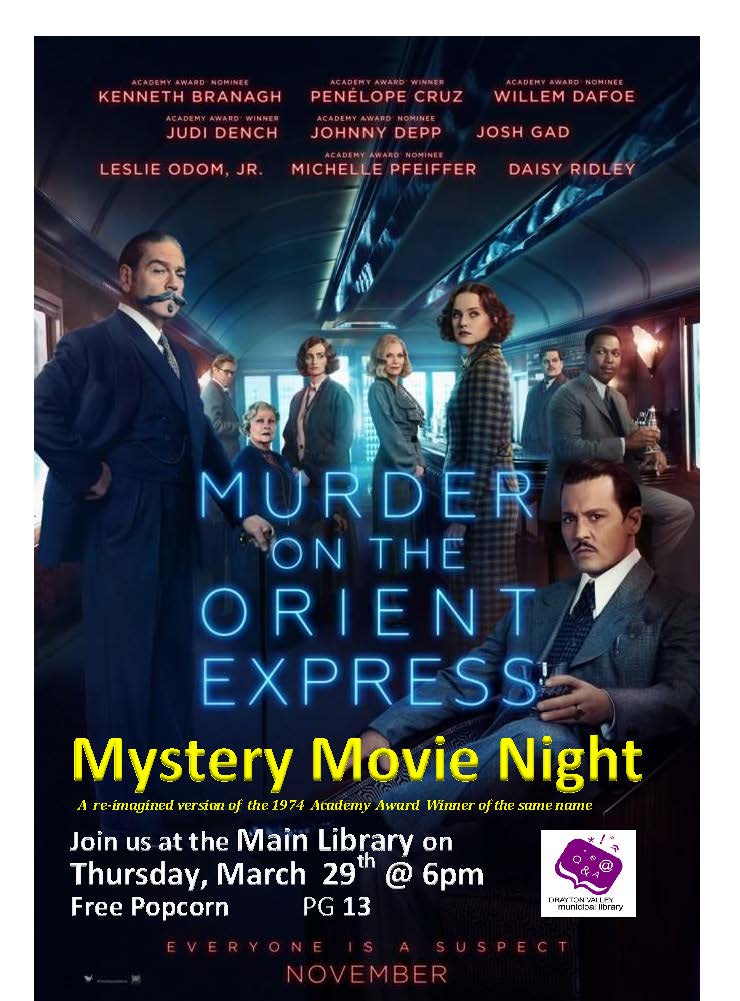 Drayton Valley is driven by a strong industrial and commercial sector. As the trading centre for a much larger area the retail and professional service sectors of Drayton ...

Drayton Valley has several options for outdoor activity. Take advantage of our many parks, green spaces and playgrounds; have a game of soccer, baseball, tennis, or golf; ...

Every organization knows the difficulty of finding available funding. The Town is here to help you and your organization find those resources and get things moving.

Learn how this community based group is fostering civic pride, environmental responsibility and beautification through community involvement.