Elisa is a mute, isolated woman who works as a cleaning lady in a hidden, high-security government laboratory in 1962 Baltimore. Her life changes forever when she discovers the lab’s classified secret — a mysterious, scaled creature from South America that lives in a water tank. As Elisa develops a unique bond with her new friend, she soon learns that its fate and very survival lies in the hands of a hostile government agent and a marine biologist.
Initial release: December 1, 2017 (New York City)
Director: Guillermo del Toro
Box office: 76.5 million USD
Nominations: Academy Award for Best Picture, MORE
Awards: Golden Lion, 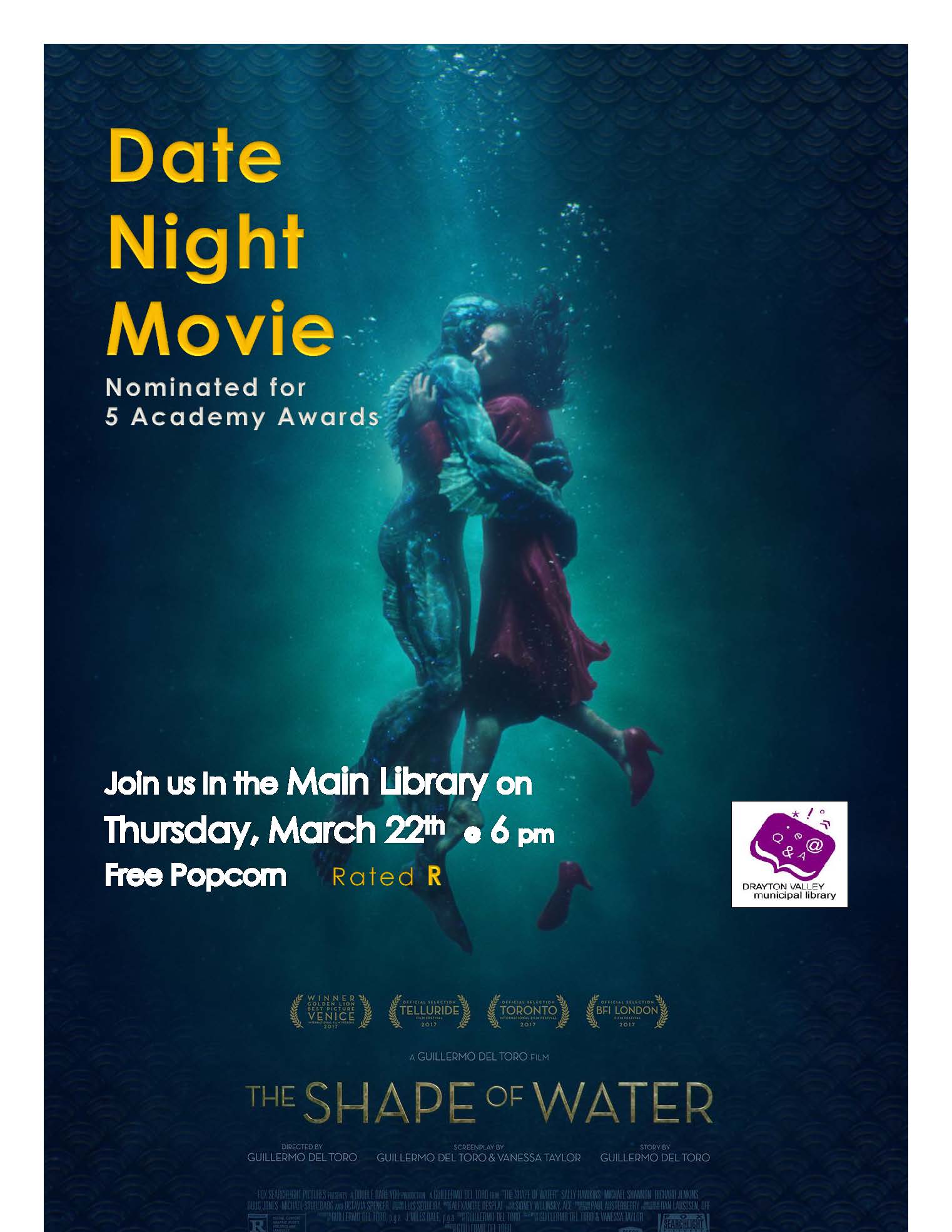 Enjoy the many green spaces in and around Town.