History In Film Night 6pm. Tonight’s feature “Dunkirk”.
In May 1940, Germany advanced into France, trapping Allied troops on the beaches of Dunkirk. Under air and ground cover from British and French forces, troops were slowly and methodically evacuated from the beach using every serviceable naval and civilian vessel that could be found. At the end of this heroic mission, 330,000 French, British, Belgian and Dutch soldiers were safely evacuated. — Mark these dates on your calendar! January 13-Family Flick – Despicable Me 3, January 18th – Date Night Movie-Mountain Between Us and January 25, Mystery Movie-Wind River. Free movie.Free popcorn. See you at the movies! 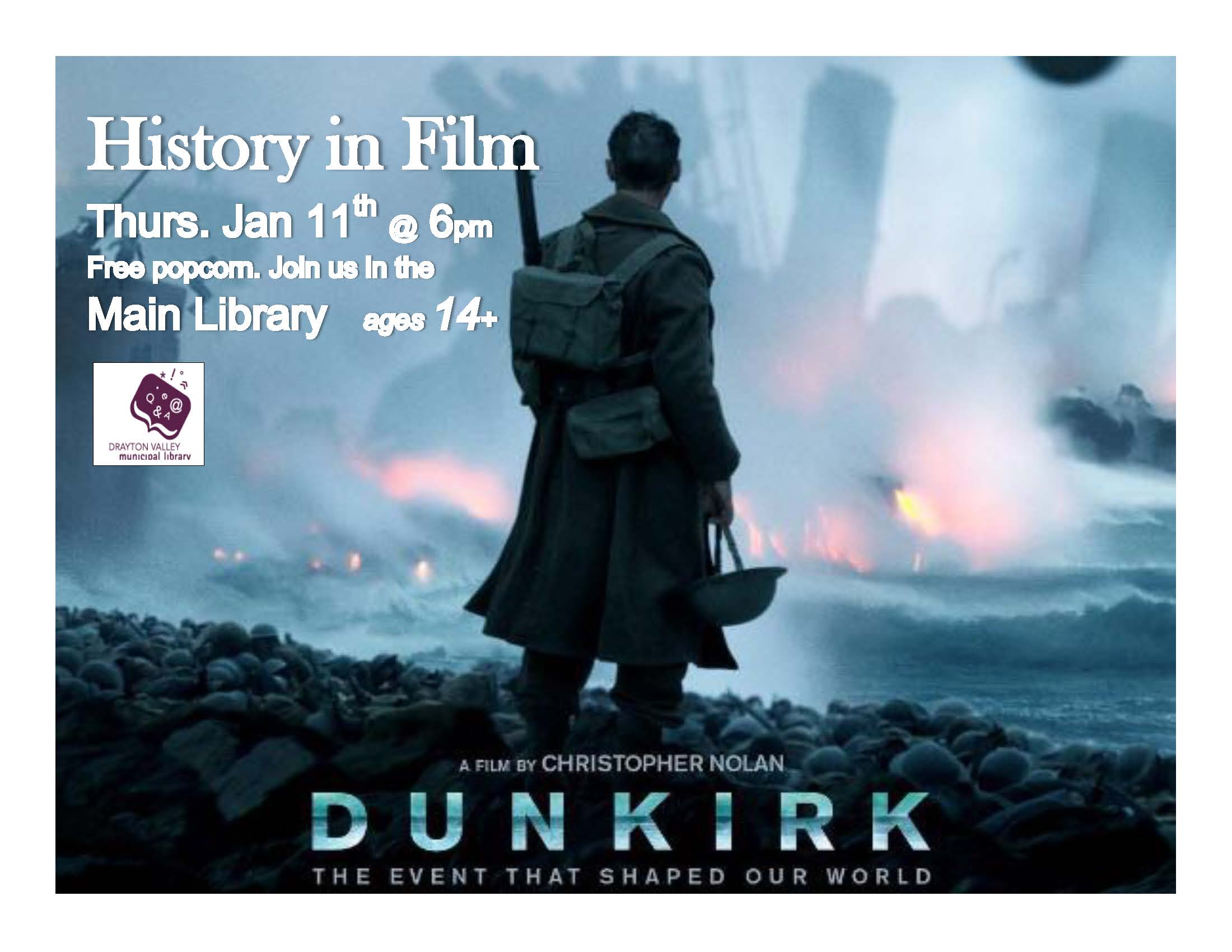 Learn how we enhance the well-being and resiliency of the community by providing information, education and funding for organizations.

Review the annexation of land from Brazeau County to Drayton Valley.